Deprecated: Function ElementorPro\Modules\Forms\Module::add_form_action is deprecated since version 3.5.0! Use actions_registrar->register() instead. in /home/hsf0kwbzet5d/public_html/wp-includes/functions.php on line 5383
 Kris Cassidy - Certified Breathwork Meditation Practitioner 
Deprecated: The $control_id argument is deprecated since version 3.5.0! in /home/hsf0kwbzet5d/public_html/wp-content/plugins/elementor/modules/dev-tools/deprecation.php on line 304

After graduating from Oxford University with an M.A. in 1976 I became a resident at the Findhorn Community in Scotland. It was there that I was first introduced to Breathwork in 1979 when I was having a hard time in my relationship with much anger, jealousy and frustration coming up.

The Breathwork not only helped me immensely with emotional healing, but also I experienced love, bliss, relaxation and spiritual connection in a way I never had before, notwithstanding several years of meditation practice. I felt that somehow breathwork was something I was already very familiar with even though it was my first experience. I decided to pursue Breathwork.

The following year Leonard Orr came to Europe to facilitate his first European training and I became certified as a practitioner. I led Breathworkshops (a word that I coined to replace ‘Breathwork Workshops’!) in Europe, including introducing Breathwork to Wales, and in Japan before moving to the United States. Over the years as I transformed so did my teaching, intention, understanding and practice of Breathwork. This resulted in the creation of ‘Breakthrough Breathwork Meditation’ in 2000 when I was practicing in Marin County, California.

I moved to Colorado Springs in 2006 with my wife Savanna, and we ran a private practice in Colorado Springs, and facilitate Breakthrough Breathwork Meditation Workshops in Colorado and throughout the US until 2022 when we moved to the Asheville area in North Carolina. We train Breakthrough Breathwork Meditation practitioners worldwide. Breathwork continues to be an essential force in my personal growth and the gratitude and fulfillment I experience from facilitating and witnessing the profound healing and transformation of thousands of people through Breathwork is at times overwhelming. This work is a powerful and integral part of the current global awakening.

I’m not sure I can find the right words to express what an impact Breakthrough Breathwork has made in my life. At the urging of a close friend, I went to a private session a bit skeptical – what could “breathing” possibly do to help me cope with the challenges of dealing with my aging mother and other issues that weighed heavily on me. Was I in for a wonderful surprise! The first session was so powerful, I just had to go back for more! As of now, I’ve had 10 sessions and those closest to me have told me how my facial expressions have changed from the “stressed out” look, to relaxed and refreshed. And that is exactly how I feel. Breathing didn’t change the circumstances I’m dealing with, but certainly changed the way in which I’m handle them. I highly recommend it to everyone! You won’t regret it. Paula D., Colorado Springs, CO 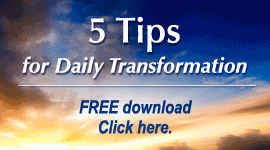 I found the Breakthrough Breathwork sessions to be the most transformative healing work I have ever experienced. Under loving sensitive guidance I was able to let go of deep-seated emotional pain. My whole body then became energized.”
– Beth Tanzer Seminar Leader-California